This image released by Disney shows Elsa the Snow Queen, voiced by Idina Menzel, in a scene from the animated feature “Frozen.” Disney’s animated adventure, “Frozen,” took the No. 2 position, earning $28.9 million over the weekend and $248.4 million domestically after six weeks at the multiplex. “‘Frozen’ probably had the best release date of the year because they positioned themselves to completely dominate the family film marketplace over the holidays,” said box-office analyst Paul Dergarabedian of Rentrak. “To be No. 2 in its sixth week is a total reflection of that.” (AP Photo/Disney,File) 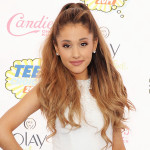